Chem-U, Uganda: education for all

Following the initial sponsorship by St. Paul’s Church in Cambridge, Kate continued to support Dorothy’s quest to provide educational and domestic help for orphaned children in Uganda. In the year she died (2013), Kate sponsored all the children for the rest of the year. Now the KFF wants to continue this relationship, and address specific  issues for primary and secondary age children: 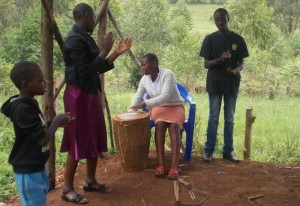 March 2016: As well as the ongoing funds sent by the KFF for educational needs, we love seeing how the children celebrate during their school holidays!

Dorothy sends us photos of a musical, food-filled Easter party thrown for the primary and secondary school children, and reports that “it was a wonderful time eating together, singing praise and worship songs to the Lord Almighty”.

May 2015: CHEM-U can now support 38 children in primary school and two students in secondary school by paying for school fees, school materials and bags, mattresses and school lunches. In her report, Dorothy summarised the ongoing challenges in Uganda: “Secondary school is expensive in Uganda because there is either very little or no government funding in most secondary schools… Our children lack school text books because most schools have no school libraries [and] abject poverty still remains a big problem in most households [as] even parents/guardians cannot afford Paracetamol for their children.”

January 2015: The KFF begins negotiations to send funds that will help Chem-U build a small facility for children traumatised by violence or neglect to receive care and education. The KFF received a lovely email from Dorothy, who described the success of a recent HIV/AIDs seminar. Chem-U employed a facilitator from The Aids Support Organisation (TASO) to discuss topics around HIV and AIDs awareness with their older children (see the gallery below).

August – December 2014: the KFF begins its relationship with Dorothy and her Chem-U charges: we sent uniforms, school lunches, mattresses and blankets for the children. At Christmas, Chem-U holds a party for its children, parents and guardians, and we are rewarded with regular progress updates from both Dorothy and the children. In August, Taremwa Sorrendar, who lost her father five years ago and lives in a cramped room with her mother and five siblings, was “thankful for [our] help in buying books, pens, pencils”. Dorothy’s October 2014 report concluded that “CHEM-U believe children will study better if they have meals in school and it will be the end of their suffering of spending the whole day in school without food. Children will also not be discriminated and called poor when they all have uniforms just like everyone in schools.”

Dorothy regularly sends us photographs of the children we have been able to help: browse our gallery for the evidence! 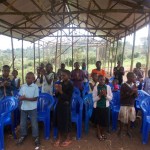 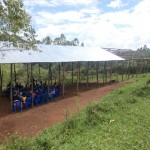 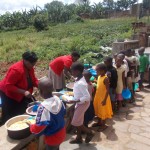 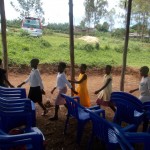 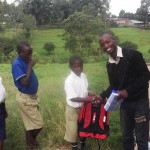 May 2015: Children receive their new rucksacks 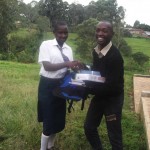 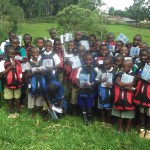 May 2015: Standing proud with their new gear! 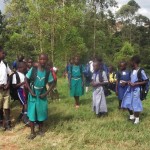 May 2015: Girls in their new uniforms 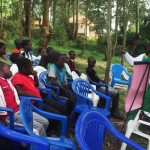 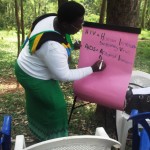 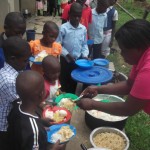 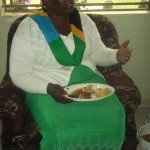 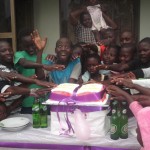 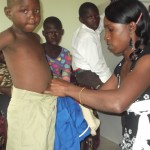 October 2014: Derrick Turyatunga gets measured up for his new uniform 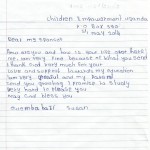 Susan Owembabzi’s letter to the KFF 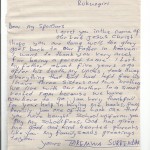