As many of you will know, Kate Farrer was a keen sportswoman.

Perhaps not. But as you can see from scrolling down this page, so many of her friends and family have contributed to our funds by sprinting, jogging, dawdling or limping across finish lines across the UK – and we couldn’t be more grateful and supportive of their ongoing achievements.

The KFF’s Fun in February appeal asked supporters to take on a challenge in February 2021 and raise £100+ for the KFF’s charities. We received fantastic support for this and the final total – including gift aid and offline donations – came to over £31,000! This is far beyond what we set out to achieve and we are very grateful to everyone who took part.  THANK YOU! Below are a selection of photos from the various wacky and wonderful campaigns and you can browse more of these on our Facebook page. 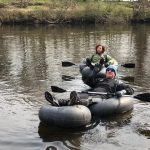 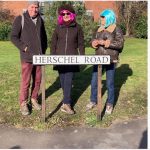 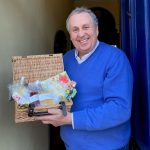 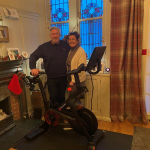 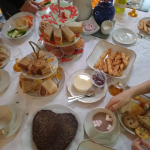 On 14th July 2018 the KFF took over Grantchester on Bastille Day to enjoy French quizzing, feasting and fundraising. An amazing 160 people attended – both loyal supporters and new faces – and we can reveal that the BDO raised over £8,000 for our worthwhile causes! This included hearing from the KFF’s new charitable partnership, the Cambridge Churches Homeless Project (more on which coming soon).

Below are a selection of photos as a taster of the incredible (/questionable) French style, singing flair and efforts put into solving Dave Jenkins’ devious challenges. Our fantastic supporters pulled out all the stops on this hot July day: from head shaving (thanks to John Butler this alone raised £2,000) to 58 pledges for KFF support and everyone dipping in their pockets for the raffle, thank you to all involved. Particular thanks go our hosts – the Blue Ball, the Red Lion, the Green Man and the Rupert Brooke – sponsors Bidwells, Blues Property and AngliaGraphics, helpers/speakers Richard Wells, Matt Flinders and Jon Canessa and our tireless volunteers. 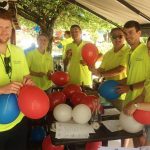 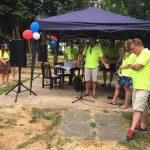 …and explain the day’s proceedings 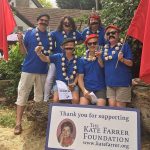 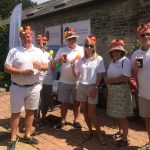 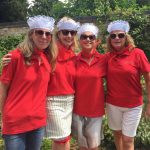 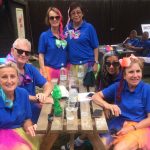 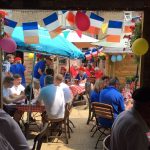 Teams in the pub, hard at work solving quizzes 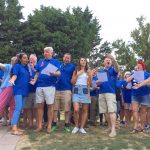 And performing the winning French song 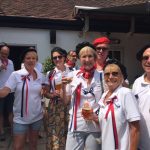 Beer on tap – for energy of course 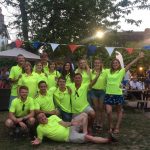 On 24th June 2017, 24 teams came from around the UK to complete an epic treasure hunt for fiendish clues across Cambridge. The competition was intense, as was the generosity of all KFF hunters who collectively raised just over £10,000 for our charities though their tickets, hunting bets, auction wins and general donations.

Below are a few choice memories from the day: 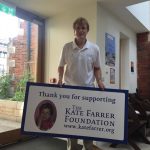 We get ready to welcome our keen Treasure Hunter to St Pauls… early start! 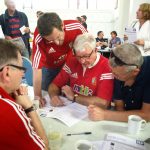 Team huddle – time for a strategy 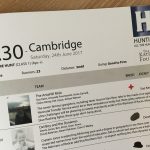 The Cambridge Hunting Post (thanks to Nathan Ward at AngliaGraphics!) 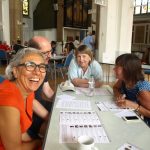 Teams in good spirits before they set off 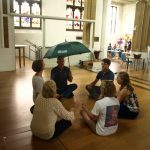 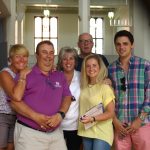 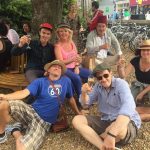 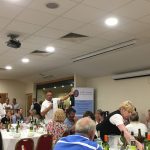 Phase 2: dinner and auction at the Cambridge Rugby Club 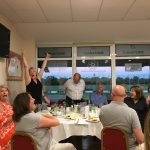 Prizes galore for our wonderful hunters! 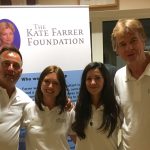 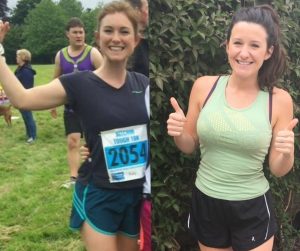 Katy (left) and Victoria (right) in training before their half marathons

Trustees run for Kate: the Cologne and Cardiff Half Marathons, October 2016

Much to their surprise, two of our Trustees Katy and Victoria suddenly decided to don their running shoes and sprint (well, jog) to raise money for the KFF’s worthy causes. Even more surprisingly, their half marathons fell on the same date – October 2nd 2016 – and despite their misgivings, both finished their races with smiles on their faces!

Thank you to all supporters and donors: they raised nearly £3,000 (including gift aid), all of which goes straight towards helping our partners around the world. 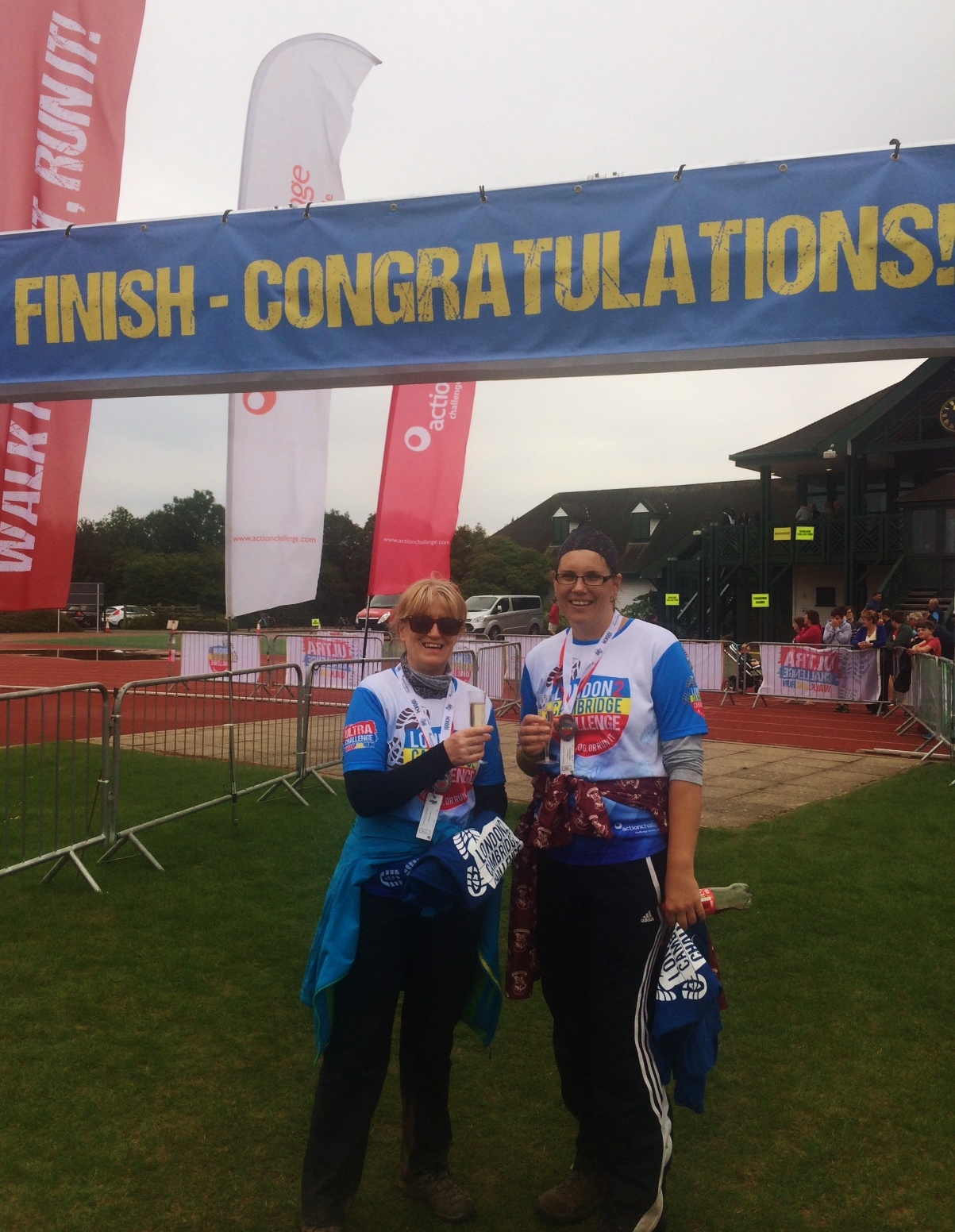 Three of the ANTS team – the Addenbrooke’s Hospital Neonatal Transport team that Kate ran – turned into superheroes over the August Bank Holiday. We thank (and are in awe of) Sue, Sonia and Amanda for walking 100k from London to Cambridge in 24 hours, all in aid of the KFF. 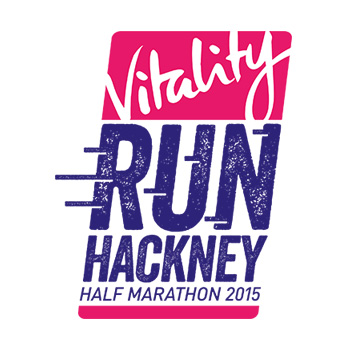 TurnerBates runs the Hackney Half: May 2015

On 10th May, Joanna Gomm and her colleagues Howard, Jake and Sarah at TurnerBates Design & Architecture ran the ‘Hackney Half’ in London, chosing the KFF as one of their charities. They raised over £1,500 for us: thank you! 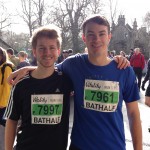 On a sunny Sunday morning, Andy Farrer and his friend Michael Boniface completed their first half marathon. The duo ran the ‘Bath Half’ – alongside 11,500 participants –  in aid of the KFF and to date have raised over £1000, including gift aid.

Thank you to all that attended the KF Bop! On Saturday 8th November, at Didsbury Sports Ground in Manchester, over a 100 of us raised a glass to Kate and bopped the night away to the tunes of locally-renowned DJ Matt Wardon.

Raising over £5000, we also auctioned off prizes, including a week’s hilltop accommodation in Marbella, VIP tickets to the exclusive Anti-Aging Health and Beauty Show at Event City and signed photos of Take That – thank you to all our generous donors. 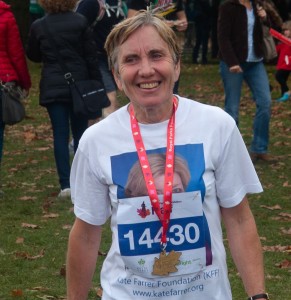 Sandy Calvert, Kate’s friend and colleague from St George’s Hospital, Tooting, ran the Royal Parks Half Marathon for the KFF on October 12th. Congratulations and many thanks to Sandy, who raised just over £1000 for the KFF. We’re sure Kate (seen peeking out from beneath Sandy’s race number) would have applauded her too.

Congratulations to Steve Joyce who completed the London Triathlon in 3 hours 34 minutes on August 3rd, a great fund raising effort for the KFF. Thanks so much Steve, good to see there’s still life in the old boy yet!

The Manchester 10K for the KFF

Thanks and congratulations to John Potter (blowing) and Naila Akhtar (smiling) as they ran the Manchester 10k for the KFF.